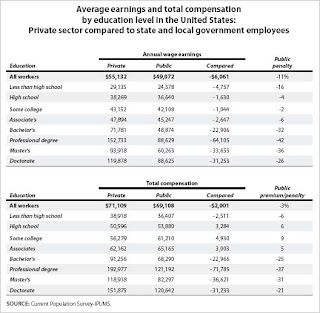 John Schmitt, of the Center for Economic & Policy Research, gives a breakdown of the educational attainment of public and private sector employees. One would imagine, since public sector workers are generally higher educated, that they would be compensated more, but they are not. "When state and local government employees are compared to private-sector workers with similar characteristics - particularly when workers are matched by age and education - state and local workers actually earn less, on average, than their private-sector counterparts. The wage penalty for working in the state-and-local sector is particularly large for higher-wage workers," Schmitt notes. 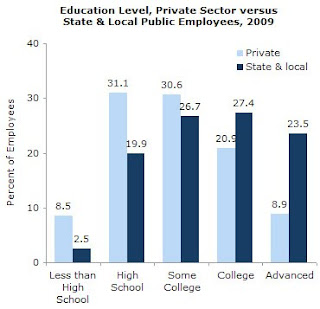