California Scientists Unravel Genetic Mystery Of World's Tallest Trees
Record U.S Trade Deficit In 2018 Reflects Failure Of Trump's Trade Policies
How Rich Are The Bucks And Brewers Owners Getting Off Public Subsidies? Not As Much As You'd Think
Walker's Costly War On The Poor
Why American CEOs Are Worried About Capitalism 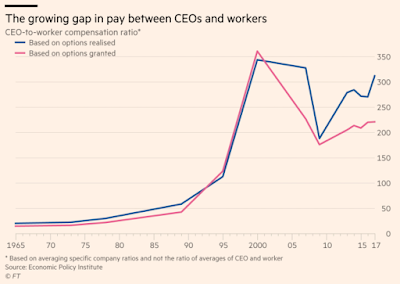 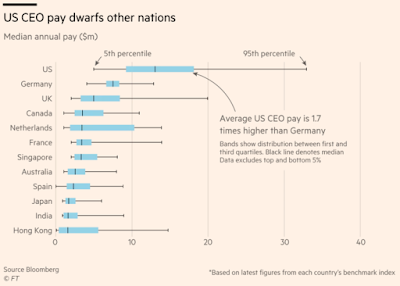 Dinosaurs Roaming Amongst Us

Wisconsin Republicans continue to keep this state behind almost every other state in the country with their antiquated and illogical mindset. 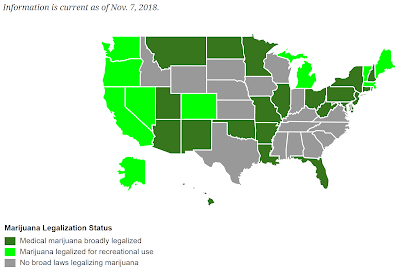 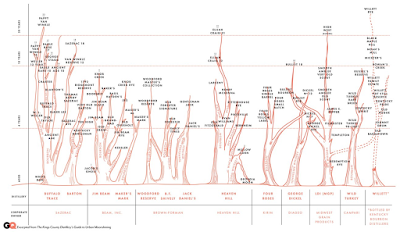 From Total Exoneration To Total Bullshit

The Mueller Report Went from 'COMPLETE EXONERATION!' to 'Total Bullshit!' as Soon as It Was Actually Released

When AG Barr was able to "summarize" the report, as he saw fit, it supposedly exonerated the orange idiot, Trump.  Republicans then did everything they could to stop the release of the report.  Some would even say these enablers went out of their way to obstruct Congress and the public from seeing the full report.  ("The report proves the president is innocent, but we're not going to let you see it.")

At this point, Republicans that are still involved in hiding, covering up, obstructing, delaying and/or any other form of chicanery involving Donald Trump and his administration, should be charged as co-conspirators.  If you're doing anything other than trying to get to the truth, you're part of the problem and are now part of a criminal conspiracy.

Republicans have shown that power and party are much more important to them than country. They are not patriots.  They are treasonous traitors and should be treated and charged as such.
Posted by Ryan at Saturday, April 20, 2019 No comments:

Why And How Capitalism Needs To Be Reformed
The IRS Tried To Take On The Ultrawealthy. It Didn't Go Well.
The Tax Law's Big Winner Is The Millionaire CEO
Bernie Sanders's Fox News Town Hall Wasn't A Debate. Bernie Won Anyway.
Warren Has A Good Beginning For Ending Corporate Tax Avoidance
The Truth About U.S. Taxes Is That They Aren't High Enough
Yes, Graceland Actually Threatened To Move To Japan To Get $194 Million In Subsidies From Memphis
Ending The Economic War Among The States: A Strategic Proposal
Amazon's Next Frontier: Your City's Purchasing
The Undemocratic Making Of Indianapolis
The Future Of Unions Is White-Collar
Fun Fictions In Economics
Posted by Ryan at Friday, April 19, 2019 No comments:

Myths About Raising Taxes On The Rich

Really sad when the times pass certain politicians by.  Nancy Pelosi has been one of the most consequential legislators the Democrats have had.  Yet, in what can only be seen as an attempt to protect the status quo of the Democratic Party, Nancy Pelosi Takes a Swipe at Alexandria Ocasio-Cortez Again.


Nancy Pelosi: "By and large whatever orientation they came to Congress with, they know we have to hold the center. We have to go down the mainstream."

Pelosi is delusional if she believes the "mainstream" is the political "center".  The majority of this country is liberal and supports liberal policies.  The only reason we've moved rightward in our policies over the past few decades is because of Democratic spinelessness and Republican cheating.  Republicans are only getting 30-40% of the votes, yet they are controlling 55-60% of the seats.  And, it was, partially, the willingness of Bill Clinton to goosestep along in "compromise" with the Republican agenda that we have this illusion that this triangulation somehow represents the mainstream of the population.

Now, this isn't to say Democrats should go balls to the wall attempting to implement any and all ideas that we can think of.  But many of the ideas (such as the Green New Deal) of the New Democrats are ideas the majority of the country supports - improving public transportation, strengthening and growing renewable energy, greening buildings, getting away from fossil fuels, reinvesting in our educational system, upgrading our water and sewer systems and increasing the minimum wage.  These are all policies that, when implemented, benefit all Americans.  Broad-based public goods that each and every citizen can use.

Pelosi can couch her elitism as learned pragmatism, but it's really just the old guard holding onto the levers of power.  Working at the margins is a necessary part of the political process.  But if this is all you've got, you're in a rudderless ship moving in circles within a very limited space.  Barack Obama was right when he said we shouldn't let the perfect be the enemy of the good.  But we also can't become a nation of small ideas and nostalgia.

The majority of our infrastructure has a D grade according to the American Society of Civil Engineers.  We've fallen behind other advanced industrialized nations in renewable energy and public transportation.

Maybe Pelosi would do better to incorporate the New Democrats' ideas into the Democratic Party platform, rather than to play into the hands of the right-wing, pretending these are pie-in-the-sky wishes that have no place in sensible discourse.  In reality, these are the policies and projects the majority of Americans would like to see and have in their cities and states.  Not to mention the jobs and prosperity it would create.

Maybe, one of these years, Democrats will learn that ideas and principles matter.  Everything can't be negotiable.  We have to continue to make sure the mundane day-to-day bureaucratic objectives are performed.  But we must not concede BIG IDEAS as being out of the question, too expensive or use some other excuse for inaction.  America, itself, was a BIG IDEA.  And if we don't start fixing, rebuilding and modernizing America and its workers, our standard of living and our place in the world will only continue to diminish.

Time is of the essence. Go big or go home.

For Further Reading:
It's Time For Nancy Pelosi To Go
Why 63 House Democrats Voted To Oust Nancy Pelosi
After Democrats’ Losses, Nancy Pelosi Becomes a Symbol of What Went Wrong

For decades, profitable Fortune 500 companies have manipulated the tax system to avoid paying even a dime in tax on billions of dollars in U.S. profits. This ITEP report provides the first comprehensive look at how corporate tax changes under the 2017 Tax Cuts and Jobs Act affect the scale of corporate tax avoidance. The report finds that in 2018, 60 of America’s biggest corporations zeroed out their federal income taxes on $79 billion in U.S. pretax income. Instead of paying $16.4 billion in taxes at the 21 percent statutory corporate tax rate, these companies enjoyed a net corporate tax rebate of $4.3 billion.