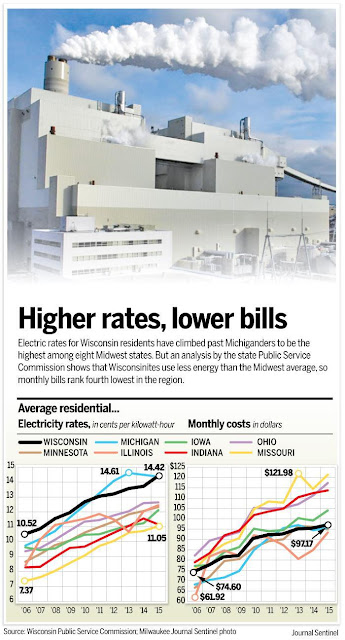 Who Will Save The Hedge Funds?

It's great to offer two sides to a story, broadly speaking. But some stories just aren't true. For some odd reason, the Journal Sentinel thinks these stories still need to be told. Myth making at its worst; great job Journal!

I'm referring here to a recent opinion piece in the Journal from Brett Healy, president of the MacIver Institute, and Patrick Gleason, director of state affairs of Americans for Tax Reform - Bipartisan push for higher taxes trouble for Wisconsin companies.

Who will save the hedge funds?!

They make unsubstantiated and dubious claims about the economic impact of private equity firms, followed by the well-worn double-taxation whine.

Capital gains taxes are a type of double taxation, and investment income taxes are among the most economically damaging forms of taxation.

Yes, taxing people for making money off of other money is so mean.


Also, the attempt to raise taxes on carried interest is the first step toward the long-held progressive goal of taxing investment income at the higher rates at which wages are taxed.

So, inherited wealth, which is often simply reinvested to achieve capital gains, should be taxed at a lower rate than income earned by people whom are actually working, building and doing something?


Proponents of raising taxes on carried interest often talk about tax parity and fairness, but note they never want to reduce wage income tax rates to the lower capital gains rate in order to achieve this. That's because the goal for most of those targeting private equity is to raise taxes on net in order to grow the size of government.

No. You can't reduce income taxes to lower the capital gains rate because we wouldn't be able to fund government. It's not about growing the size of government. It's about living in a civilized society with a working and equitable infrastructure. We need Social Security, Medicare, roads, bridges, trains, airports, fire fighters, police, parks, museums, universities, a military, and on and on. It's about paying the bills to assure our quality of life.

President Obama has reduced deficits and decreased the number of federal employees. That's leaner and meaner, not growing.

Yet, for this conservative, pro-business cabal, taxes can never be low enough on the wealthy, and the working masses should just get used to going without.


The belief that keeping the tax burden as low as possible promotes economic growth is supported by a large body of research.

Again. NO! Research, and the U.S.'s experience since the 80s, indicates the exact opposite of what the authors claim. Low rates have lead to slower growth, increasing income inequality and rising deficits.

We know that limited liability and other benefits of corporate status have great value because people choose to incorporate. They would not do so, and save themselves from having to pay the corporate income tax, if they didn't think the value of corporate status exceeded the burden of the tax. In this sense, the corporate income tax is a 100 percent voluntary tax, people opt to pay it in order to get the benefits of limited liability.

There is one other point that would have been useful to include in this discussion. Taxes affect the before-tax distribution of income insofar as they allow for a lucrative tax avoidance industry. To a large extent the private equity industry, which has created rich people like Mitt Romney and Peter Peterson, is about devising ways to raise corporate profits through tax avoidance. This is an important cost associated with having an excessively complex tax code. That is an important point that is always necessary to keep in mind in any discussion of the tax code.

The economic havoc that has been the Scott Walker administration is in part due to the fact that they have followed the playbook of the Healys and Gleasons of the world. Political apparatchiks whose proclamations have been debunked long ago. They can keep repeating their dead ideas (which has been going on for decades now), but we don't have to keep listening to it.

A bit of an aside: in the article, Healy and Gleason use $68 billion for the amount invested in Wisconsin by private equity since 2003, they claim this is an economic windfall for the state. Yet, later in the article, "Obama's budget indicates that this damaging tax increase would raise just over $2 billion per year in additional tax revenue, which is basically a rounding error in a more than $3 trillion federal budget." So, Obama's increase would raise $2 billion, which is just a rounding error. But private equity's roughly $5 billion per year investment in Wisconsin is an economic game-changer.

Capital gain is an increase in the value of a capital asset (investment or real estate) that gives it a higher worth than the purchase price. The gain is not realized until the asset is sold. A capital gain may be short term (one year or less) or long term (more than one year) and must be claimed on income taxes. A capital loss is incurred when there is a decrease in the capital asset value compared to an asset's purchase price. 2. Profit that results when the price of a security held by a mutual fund rises above its purchase price and the security is sold (realized gain). If the security continues to be held, the gain is unrealized. A capital loss would occur when the opposite takes place.
Posted by Ryan at Friday, March 25, 2016 No comments:

I've heard varieties of the "Obama hasn't done anything" idea spouted about in the media, from friends, by co-workers, etc.

Now, I wanted a more liberal agenda pursued, but nonetheless, I'm not blind to the fact that Barack Obama has accomplished very, very big things.

Government is shrinking, deficits are declining, employment is improving, health care inflation is subsiding, infrastructure projects have been completed nationwide ...

PRESIDENT OBAMA HAS DONE A LOT! A LIST OF 340 ACCOMPLISHMENTS SO FAR, WITH CITATIONS

History will be very kind

In Defense of Obama

Only in America can the Republicans - the guardians of government efficiency and fiscal fortitude - score political points disparaging legislation that will save the taxpayers $1 trillion more than projected.
Posted by Ryan at Sunday, March 13, 2016 No comments:

America’s Middle-class Meltdown: Core shrinks to half of US homes 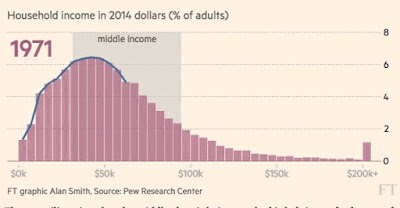 Critics, including the state Department of Public Instruction, the state's largest teachers union and university schools of education have raised concerns, saying the measure would lower the bar on teacher standards and create an uneven licensing system around the state.

How does lowering the bar for teacher licensing do anything to impact job growth in Wisconsin? So we can hire more under-qualified "teachers"? (But wouldn't this also imply that we'll be hiring less properly-licensed teachers?) Licensing standards are in place for a reason. We want teachers that have met certain requirements.

Is this another Republican divide and conquer strategy aimed at the teachers union?

Through defunding and lowering qualification standards, Scott Walker is diminishing the quality of Wisconsin education.

Yet again, Wisconsin Republican policy choices seem to have nothing to do with moving Wisconsin forward. Rather, their legislation is a continual sludge of favors, paybacks, posturing and cronyism.
Posted by Ryan at Saturday, March 12, 2016 No comments: