For Further Reading:
John Oliver Slams Charter Schools And His Critics Totally Miss The Point
Posted by Ryan at Sunday, August 28, 2016 No comments:

Even living within 15 miles of the City of Milwaukee is too much for the Milwaukee Police Department.

For decades, all city employees, with few exceptions, had to live within Milwaukee boundaries. In 2013, the state Legislature passed a law that undid all such strict residency requirements but did allow for cities to require certain employees, including police and firefighters, to live within 15 miles of city limits. Milwaukee did not adopt a new rule but instead continued to enforce its longtime rule of residency within city boundaries.

The police union sued. One judge agreed the city requirement had been eliminated by the state law, but the Court of Appeals reversed and sided with the city's right to make employees live in the city.

But ultimately, in June, the state Supreme Court sided with the Legislature and the police that the state law blocked the city's historic residency requirements.

Only in July, in light of that court ruling, did the city adopt a new rule under the state law setting the 15-mile limit for police and firefighters.

We can trace some of the problems which recently came to a head in Milwaukee to this entitled, unaccountable attitude of the Milwaukee Police Department. Law enforcement used to be part of the community and know their neighbors. Now they just want a paycheck from the community but to live in some exurb.

How can the police really serve and protect a population and community that they want nothing to do with? 15 miles isn't enough of a buffer?

An "occupying force," as Mayor Barrett phrased it, does not produce trust and respect. What else can a group of armed enforcers be called? Paid mercenaries patrolling a neighborhood during their well-paid shift, only to return to their home many miles away and, often, worlds apart.
Posted by Ryan at Sunday, August 28, 2016 No comments:

Acclaimed Mensa member and Wrangler jeans spokesperson, Sheriff David Clarke, following the calamity in Milwaukee, has fingered "progressive policies" as the cause of the protests.


The growth of the welfare state” encourages the destructive behavior seen on Saturday and Sunday nights...

“These progressive policies have hit the black community like a nuclear blast, and until we reverse this government dependency, that’s what creates all of this – and encourages it, by the way,” Clarke said.

Just like the good little conservative soldier he is, Clarke regurgitates right-wing tripe on cue.

TANF Continues to Weaken as a Safety Net

In 2014, for every 100 families in poverty, only 23 received cash benefits from TANF. This is down from the 68 families for every 100 in poverty that received cash assistance when TANF was first enacted in 1996. This ratio, which we call the TANF-to-poverty ratio (TPR), has declined nearly every year since 1996 and reached its lowest point in 2014.

Improving the State of Our Welfare State

By the time Bill Clinton first ran for president, the concept of public assistance had diminished to such an extent that that he pledged to “end welfare as we know it.” He fulfilled this promise when he signed the Personal Responsibility and Work Opportunity Act of 1996. With the stroke of a pen, the government’s largest direct cash assistance program for families with low or no income AFDC was replaced by the more restrictive Temporary Assistance for Needy Families (TANF) program. What was called “welfare reform” at the time was in fact an attempt to lessen the financial commitments of the federal government. It also included several features advanced by conservatives, including time limits on assistance, connecting benefits to work effort, and a block grant structure that gave states greater discretion in how to distribute resources.

The End of Welfare as We Know It


More than 13 million people received cash assistance from the government in 1995, before the law was passed. Today, just 3 million do.

If nothing else, these policies were an effective way to reduce the number of people on welfare rolls. People on the left and right agree that they helped change a program that was in need of reform. But there were real human costs too: Those who didn’t find jobs, who weren’t working, who lived in states trying to reduce their cash-assistance programs, were left to struggle on their own...

Today, in large part because of welfare reform, the safety net—the set of government efforts to come to the aid of the country’s citizens when they are down on their luck, much of which has existed since the Great Depression—is thin and getting thinner. And this thinning goes beyond welfare, which gives needy families cash support: On April 1, between 500,000 and one million childless adults will lose access to food stamps (officially known as Supplemental Nutrition Assistance Program, or SNAP). This is the belated consequence of a rule that was part of Clinton’s welfare reform, which stipulated that childless adults can only receive three months of food stamps if they aren’t employed at least 20 hours a week or in a training program. For years states received waivers for the rule, but in many states, governors have chosen not to ask for extensions for this year.

Over the past four decades in the United States, as the country has slashed its welfare state and employers gutted traditional job benefits, growing numbers of people, especially from the working class, grasped for a new safety net – the military. Everyone recognizes that the US armed forces have become a global colossus. But few know that, along with bases and bombs, the US military constructed its own massive welfare state. In the waning decades of the 20th century, with US prosperity in decline, more than 10 million active‑duty personnel and their tens of millions of family members turned to the military for economic and social security.

Reality appears to be almost the exact opposite of what Clarke claims. It has been, in fact, the decline of the welfare state and the lack of investment in the poorest persons and neighborhoods that has caused the current situation.

Too much money for stadiums and the well-connected, not enough investment in the needy and underprivileged.

In can also be argued that our recently militarized police state has diverted dollars from more appropriate investments in the communities that need it most. We keep increasing our police force in communities nationwide, claiming a need for law and order. But, what if, rather than employing a force to "keep order," we were, instead, investing in community institutions and assets, schools, real estate renovations, public spaces and jobs for these economically blighted neighborhoods? Rather than employing a force to lock down a neighborhood, why not try a New Deal-like infrastructure investment and jobs program targeted at these distressed areas?

Another aspect of this issue in which Republicans, Conservative, Right-Wingers, etc. are hypocritical and wearing blinders - where are the their complaints about corporate welfare? We have millionaires and billionaires with their hands out asking for public dollars for stadiums, business parks, factories and on and on. These are The Haves asking for more...and getting it. Talk about a culture of dependency. 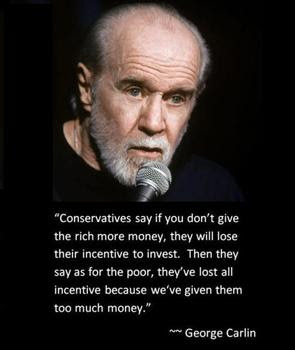 The Mismanaged Shit-Show of Bile, Race-Baiting and Feelings

So, the Republican National Convention happened...and what a shit-show it was. So much hypocrisy, anger and ignorance. The Republican party has become a reality television show with shoddier production value. Seeing what the party leaders and constituents have to say is truly horrifying. It's scary to think that this is the alternative party in the United States. 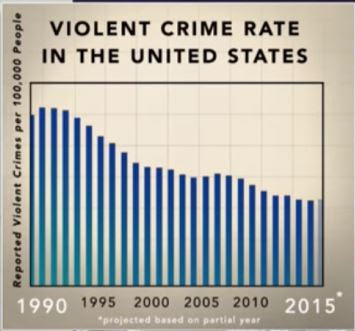 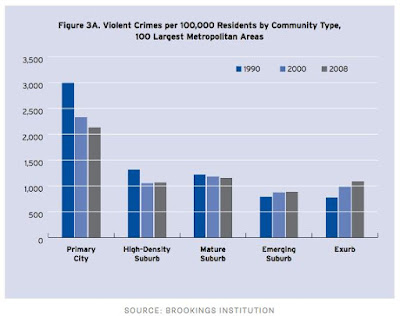 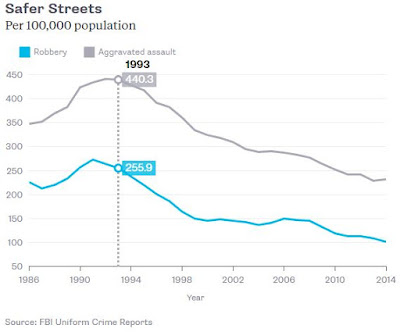 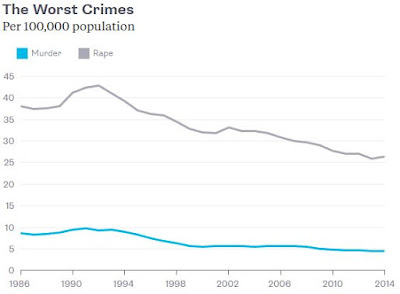 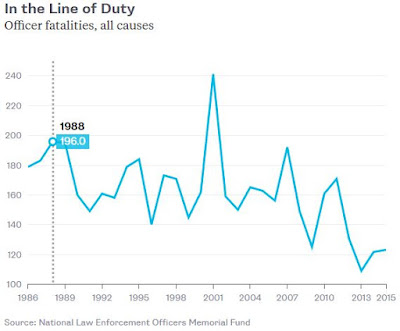 For Further Reading:
Why Americans Think Crime Is Worse Than It Is

That Crime Wave You're Hearing About? Try to Find It
“A symphony of bile and race-baiting”: John Oliver mourned the death of facts at the Republican National Convention

The Republican convention was a 'four-day exercise in emphasizing feelings over fact'
How Disastrous Convention Doomed GOP
Posted by Ryan at Sunday, August 07, 2016 No comments:

There is a cult of ignorance in the United States, and there always has been. The strain of anti-intellectualism has been a constant thread winding its way through our political and cultural life, nurtured by the false notion that democracy means that "my ignorance is just as good as your knowledge.

I wish that I could say I was optimistic about the human race. I love us all, but we are so stupid and shortsighted that I wonder if we can lift our eyes to the world about us long enough not to commit suicide.

Imagine the people who believe such things and who are not ashamed to ignore, totally, all the patient findings of thinking minds through all the centuries since the Bible was written. And it is these ignorant people, the most uneducated, the most unimaginative, the most unthinking among us, who would make themselves the guides and leaders of us all; who would force their feeble and childish beliefs on us; who would invade our schools and libraries and homes. I personally resent it bitterly.

Isn't it sad that you can tell people that the ozone layer is being depleted, the forests are being cut down, the deserts are advancing steadily, that the greenhouse effect will raise the sea level 200 feet, that overpopulation is choking us, that pollution is killing us, that nuclear war may destroy us -- and they yawn and settle back for a comfortable nap. But tell them that the Martians are landing, and they scream and run.

If all human beings understood history, they might cease making the same stupid mistakes over and over.

What is really amazing, and frustrating, is mankind's habit of refusing to see the obvious and inevitable until it is there, and then muttering about unforeseen catastrophes.

The easiest way to solve a problem is to deny it exists.

Science doesn't purvey absolute truth. Science is a mechanism. It's a way of trying to improve your knowledge of nature. It's a system for testing your thoughts against the universe and seeing whether they match. And this works, not just for the ordinary aspects of science, but for all of life. I should think people would want to know that what they know is truly what the universe is like, or at least as close as they can get to it.

Violence is the last refuge of the incompetent.

Never let your sense of morals get in the way of doing what's right.

If my doctor told me I had only six minutes to live, I wouldn't brood. I'd type a little faster.

Writing, to me, is simply thinking through my fingers.

People who think they know everything are a great annoyance to those of us who do.