While it may be perfectly legal, Ron Johnson’s stake in the multimillion-dollar firm with one employee sure seems odd.

Sen. Ron Johnson (R-Wis.), who has defended corporate tax dodging throughout his Senate career, owns part of an Irish company that bears some of the hallmarks of a tax avoidance scheme.

Johnson has a 9.9 percent stake in DP Lenticular, a Dublin-based company, according to his Senate financial disclosure for 2015. His investment is worth between $250,001 and $500,000 and he earned $5,001 to $15,000 in dividend income from the company that year, the disclosure indicates.

The 9.9 percent stake is just below a cutoff that requires private citizens to disclose their ownership. Americans who own 10 percent or more of a foreign business must report it to the federal government. Now that Johnson is a member of Congress, he has to report all of his assets.

Another Blast From The Past (starting at 2:02):

On July 29, US District Judge James Peterson called Wisconsin’s process for issuing voter IDs “unconstitutional,” “a wretched failure,” and “pretty much a disaster.” The state’s strict voter-ID law “has disenfranchised a number of citizens who are unquestionably qualified to vote, and these disenfranchised citizens are overwhelmingly African American and Latino,” he wrote.

The judge ordered that “Wisconsin may adopt a strict voter ID system only if that system has a well-functioning safety net” and that the state must “promptly issue a credential valid as a voting ID to any person who enters the [ID petition process] or who has a petition pending.”

But Wisconsin never followed the court’s order. On September 22, the same day Wisconsin assured the judge in a legal filing that everything was hunky-dory, Zack Moore, a 34-year-old homeless African-American man who moved from Chicago to Madison, was turned away from the DMV without a voter ID despite bringing an Illinois driver’s license, Social Security card, and proof of Wisconsin residency. He was told to go back to Illinois and get his birth certificate, or else it would take six to eight weeks for him to get an ID for voting, despite a sign in the DMV that said, “Get your ID to vote! No birth certificate? No problem!”

Reporting in The Nation and the Milwaukee Journal-Sentinel, based on DMV recordings provided by VoteRiders, confirmed that across the state Wisconsin was systematically failing to promptly issue IDs for voting as required by the court order. In response, Peterson ordered an investigation and held a hearing on October 12 and 13.

Kristina Boardman, the DMV’s administrator, admitted on the stand that for two months after the court’s July order, the DMV was giving voters incorrect information about the voter-ID law. “I’m very disappointed to see that the state really did nothing in response to my order,” Peterson said on October 12. “There was really, as far as I can tell, no effort made…to inform the public.” He called the DMV’s voter-ID training “manifestly inadequate” and said, “Undeniably there are people who have been disenfranchised.” He concluded, “The state really needs to step up and make sure the IDs get into the hands of voters who can’t have them [under the current system].”

When Lamb of God recorded last year's VII: Sturm und Drang, they held onto a song they felt was special enough to stand on its own: "The Duke." The track, which finds frontman Randy Blythe singing about mortality, is dedicated to Wayne Ford, a fan of the band whom the singer befriended in late 2012. Ford was suffering from leukemia and after Blythe heard his story – captured on the band's website – it left a profound impact on him.

To honor Ford, the group is releasing an EP, also titled The Duke, which features the hard-rock–leaning song along with another unreleased track that dates back to their Wrath LP, the thrashy, heavy "Culling," which they finished up especially for this EP, along with live recordings of three Sturm und Drangtracks. The Duke is due out November 18th with a vinyl edition following on the 25th; pre-orders for those editions begin today, while digital pre-orders and streaming will start Friday. Blythe is hoping the EP will raise awareness for the Leukemia and Lymphoma Society and BeTheMatch.org, a website operated by the National Marrow Donor Program. (Blythe joined the marrow registry after the band's merch seller, Evie Carrano, died of leukemia in 2008; he also supported it when Behemoth frontman Nergal battled the disease in 2010 and survived.)

In conjunction with the EP release, the band has also organized a charity campaign to raise money for the Leukemia and Lymphoma Society. Randy Blythe will be offering his personal gold plaque for Lamb of God's Ashes of the Wake, signed copies of handwritten lyrics and a signed copy of his bookDark Days, and band members will be contributing signed signature-model guitars, signed copies of The Duke on CD and vinyl, and other items.  [source]
Posted by Ryan at Saturday, October 22, 2016 No comments:

Since we're already talking about being unfit for office, someone has to mention Sheriff David Clarke.

During a segment on Donald's 'rigged election" comments, Trump supporter Sheriff David Clarke told Fox News' Outnumbered panel that he doesn't believe in any of the polls and said, "I don't know the methodology that's why I don't trust them."

Sheriff Clarke took a lot of heat when he used violent rhetoric and proclaimed via The Twitter that the election was rigged and called for "pitchforks and torches."

During their panel discussion, Sheriff Clarke applauded the handling of the Trump campaign and supported his calls of a rigged election. "You guys are doing well, keep doing what you're doing." ...

Clarke replied, "No, I'm not, not at all. I don't know the methodology.

He doesn't know the methodology? Really? Well, statistician Clarke, most polls footnote their methodology or at the very least you could contact the organization (CNN, NY Times, 538, etc.) for an explanation.

Here's the MRG Michigan Poll explanation of methodology, listed directly below the candidates, on their webpage.

The survey was conducted by Marketing Resource Group with 600 likely Michigan voters by live interview October 16-19, 2016. The sample was randomly drawn from a listed sample of all registered voters and stratified by city and township to reflect voter turnout. In addition, quotas for gender and cell phone interviews were met within each geographic area, and extra efforts were made to reach African Americans. Thirty percent of the interviews were conducted with cell phone only homes.

And, regardless of this, we've all seen Clarke's handling of the budget for the Milwaukee County Sheriff's Department. So we know Clarke isn't a numbers guy. Which leads to a few questions: Who cares if Clarke knows the methodology or not? Why does anyone care what Clarke thinks about the presidential election? Does anyone believe that Clarke could actually explain how to operationalize and formulate a meaningful survey?

This guy should really be relieved of his duties immediately. Come on, Milwaukee County, wake up! (Aside: how does this guy get to keep claiming he's a Democrat?)

From pitchforks and torches, to rigged elections, this isn't the language anyone with a public platform should be spouting, especially a County Sheriff.

The Basics of Social Research
Posted by Ryan at Saturday, October 22, 2016 No comments:

And, for all you racists and imbeciles that are incapable of reading a book, research paper or newspaper article, life in America has improved since Barack Obama became president. You aren't improving anything by hurling racial epithets and regurgitating disproven Sean Hannity talking-points.

In case you haven't noticed anything over the past four decades, supply-side/trickle-down economics has been disproven. Tax cuts and deregulation are no panacea. Government is not bad. Government is us. It's only as bad as our weakest link. The weak link in the U.S. is the Republicans, and their supporters, that keep pushing these debunked policies, along with inciting violence, hatred and racism.

For those of you supporting the orange buffoon, spouting your hatred and stupidity, take a deep breath, step back and put aside your preconceived notions that you wrap yourself in, like a blanket, and try to reasonably and rationally absorb what has taken place in the last 8 years.

Specifically, during President Obama's two terms, he has brought our country back from the brink of a second Great Depression. He and the Democrats have also (in the face of Republican obstructionism): regulated the banks, reformed health care, eliminated Osama bin Laden, signed a nuclear agreement with Iran, created over 13 million jobs (almost 7 straight years of expansion), gotten unemployment down below 5%, helped the stock market set record highs, reduced the Federal budget deficit by two-thirds, held government spending increases to only 3.3% annually (the lowest rate since Eisenhower was president), lowered income taxes - for 95% of Americans - as low or lower than they were at almost any point in the last 50 years, and shrunk dependence on foreign oil due to record domestic oil production and improved fuel efficiency standards, to name a few.

Can we actually try to be a sane, civil, reasoned country? How does demeaning minorities or women, or using ethnic slurs, or sticking your head in the sand and refusing to believe reality help grow the economy, create jobs, or improve education or health care?

Maybe these Republicans yearning for yesteryear, the old times, should remember the great years they are always memorializing were due to the New Deal - a progressive idea of shared prosperity, public work, public infrastructure and high taxes on the wealthy. As Paul Krugman described, "An era of widely shared growth. Real wages rose 81 percent, and the income of the richest 1 percent rose 38 percent."

It's sad the knuckle-draggers prefer the bluster and braggadocio from their representatives, rather than actual effective policies. Luckily, they, too, will be pulled further into the 21st Century by Democrats that are actually trying to make all of our lives, and the world around them, a better place.

For Further Reading:
14 Facts About Obama's Presidency
Life Got Better Under Obama, According to Gallup

400 Obama Accomplishments So Far, With Citations
Democrats Are Best For The Economy
Republican Scapegoat Politics or Demeaning Government: Cutting Off Our Nose To Spite Our Face

Democrats Punished Again (And Again) For Republican Policies
What the f—- does it take' for GOP die-hards to be 'human beings' and not vote for Trump?
Posted by Ryan at Friday, October 21, 2016 No comments:

The Most Misogynistic Gear Spotted at Trump Rallies 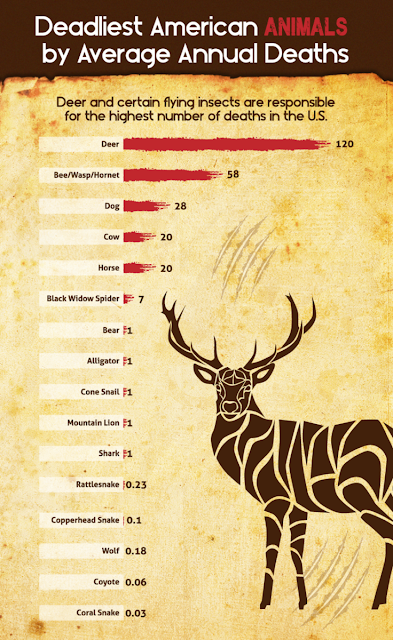