There Is No Labor Shortage
We Don't Have Labor Shortage. We Have A Pay Shortage.
Fighting Climate Change May Be Easier Than We Think
Heavy Job Loss Since The 1970s Hit Milwaukee's Black Community The Hardest. Here's Why.
The Case Against The Electoral College In Stronger Than Ever
Journal Sentinel Slams "Liberal" News Site
David Koch's Monstrous Legacy
I Helped Create The GOP Tax Myth. Trump Is Wrong: Tax Cuts Don't Equal Growth.
Humans Versus Earth: The Quest To Define The Anthropocene
New Inequality Numbers Are A Gift To Campaign Sloganeers
No, Productivity Does Not Explain Income
How Trump's Foxconn Deal Conned Wisconsin Out Of Billions
The Financialization Of The American Elite
The 'War On Cars' Is A Bad Joke
Social Security Does Not Add To The Federal Deficit
Brazil, The Amazon, and Global Warming: It Ain't Quite What The Media Tell You
The Trump Vs. Obama Economy - In 15 Charts
Posted by Ryan at Saturday, August 31, 2019 No comments:

Pundits and the status quo keep telling voters it's Joe Biden's race to lose.  He's electable.  He can beat Trump.

Maybe it's time for the Democrats to listen to the people and vote for the candidate with the best ideas for how to move the country forward; instead of looking to the past and pretending it was something it wasn't.
Posted by Ryan at Saturday, August 24, 2019 No comments:

Privatizing The Profits, Socializing The Loses

So, the City is booming. Development, jobs, tourism, new businesses...things are looking up.

As usual, when things start to gentrify, certain people are priced out of the market...yet those workers are still necessary for the booming economy to exist.

Enter affordable housing. Another policy answer to a society that doesn't pay a living-wage. If you're not going to pay a downtown-wage for a downtown-worker, public policy steps in to subsidize and correct the market.

It's as much a subsidy to the employer as it is to the worker. By subsidizing the housing of these workers, the government is allowing the employer to pay below-market wages.

Also, as usual, and wanting to have it both ways, local developers are complaining when the government steps in to correct the market. The Milwaukee Business Journal reported, "The Housing Authority in April introduced its plan, which calls for spending up to $150 million on a high-rise tower with 350 apartments, a mix of market-rate and affordable units."


He said if the city has figured out how to generate a profit from a high-rise to subsidize affordable units, “teach the rest of the market how those profits can be attained.”

Developers can't have it both ways. They can't claim they're the experts - the "free" market and the private actors have all the answers and will provide as long as the government stays out of the way. But then, in the very next breath, they come to the public for giveaways, tax breaks and other hand-outs they claim the need for their projects.

If the public has to give tax cuts, subsidies and incentives to private actors to get them to do something, why shouldn't the public entity just complete the project?

The private sector does some things well. But it's time we re-realize the same can be said for the public sector.
Posted by Ryan at Sunday, August 11, 2019 No comments:

LBOs Make (More) Companies Go Bankrupt, Research Shows
It's Time For The Suburbs To Talk About Race
El Paso, Dayton Make 251 Mass Shootings In The US In 216 Days, More Shootings Than Days In The Year
Tent City Is A Result Of Public Policy
Shining A Light On The Dark-Store Tax Dodge
Trump May Have Made Himself The Recession's Scapegoat
Foxconn Jobs Not Worth The Costs
Costs And Benefits Of A Revised Foxconn Project
The Long Road To Recovery After Years Of Severe Budget Cuts
Lake Michigan Has Swallowed Up 2 Chicago Beaches This Summer. Experts Say The Worst Could Still Be On The Way.
Trumps Says Cities Are 'A Mess.' They're Actually Enjoying A Golden Age.
How 'Developer' Became Such A Dirty Word
How Economists' Faith In Markets Broke America
Posted by Ryan at Sunday, August 11, 2019 No comments: 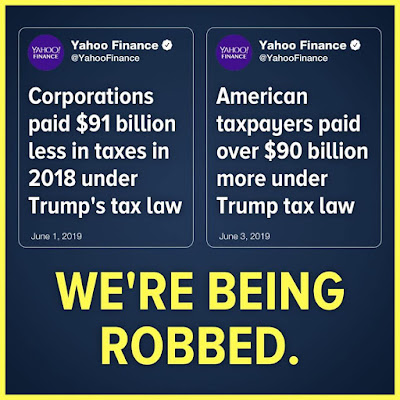