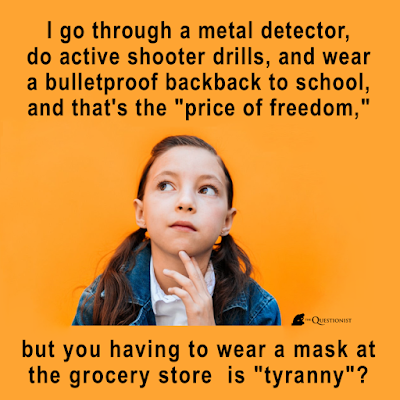 Democrats’ $3 trillion opening bid for the next stimulus package, explained
Rand Paul Tells Dr. Anthony Fauci He Should Have a Little “Humility"
Gov. Tony Evers: GOP Leaders 'Unconcerned' About Patchwork Of COVID-19 Response
Ousted whistleblower warns US facing ‘darkest winter in modern history’
How the Coronavirus is Killing the Middle Class
McConnell admits he was wrong to say Obama administration failed to leave a pandemic playbook
Trump calls coronavirus testing ‘overrated,’ claims U.S. would have ‘very few’ cases if no testing
Oil companies have received $1.9B in tax benefits under coronavirus stimulus
Politicians failed us. So it's up to citizens to protect Wisconsin
The Sears Headquarters Deal Cost Taxpayers $500 Million. 30 Years Later, There’s Little to Show for It.
We could stop the pandemic by July 4 if the government took these steps
WISCONSIN IS NO LONGER AT HOME—AND NO LONGER SAFE
The Great Lakes are higher than they’ve ever been, and we’re not sure what will happen next
We Can Prevent a Great Depression. It’ll Take $10 Trillion.
The 12 deadliest viruses on Earth
Wisconsin's economy is reopening and it's a hot coronavirus mess. Don't do what we did.
See which states still have increasing rates of COVID-19
Posted by Ryan at Tuesday, May 19, 2020 No comments:

Talk about a dereliction of duty. Conservatives at the Federal, State and Local level are acting irresponsibly, endangering people and completely ignoring common sense and good judgement.

Wisconsin's stay-at-home order has been overturned by the state Supreme Court; here's how people are responding

No. We cannot shut down parts of the economy and stay at home forever. But we are a large enough economy and have the expertise to figure this out. Another massive recession or thousands of deaths are not the only two choices. Leadership and decisive action are what's needed. Conservatives, thus far, have provided neither.

A proper Federal response would have been to take this seriously in January, start getting everyone tested, begin contact tracing, restrict travel and begin staying at home. At the same time, invoke the Defense Production Act to produce ventilators, masks, personal protective equipment and any other items the pandemic response team or medical professionals feel are necessary.

Also, this can't be a state-by-state decision. A pandemic needs a Federal, if not global, response. Due to the travel of people and goods, we need everyone operating by the same rules.

And, if you're not going to take this pandemic seriously, don't bother going to the hospital or taking the time of medical professionals if you're infected or experiencing symptoms. Since you think you know more than the actual infectious disease experts, you're on your own. Curl up in your MAGA hat, cling to your gun, and pray for relief. Ya know, thoughts and prayers.

If some Americans won’t take COVID-19 seriously, they should agree not to be treated


For Further Reading:
Which states have done the least to contain coronavirus?

States are opening up as their COVID-19 numbers rise

Amsterdam is now using the ‘doughnut’ model of economics: What does that mean?
Supreme Court Chief Justice Roggensack blasted as 'elitist,' 'out of touch' for meatpacking remark

Their States Are in Crisis. They’re Declaring Victory Anyway.
Just how contagious is COVID-19? This chart puts it in perspective.

Home Prices Are Likely to Hold Up Just Fine, Despite Coronavirus
Death of the office

Sports stadiums do not generate significant local economic growth, Stanford expert says
“It’s a Huge Job”: The Only Way to Contain the Coronavirus Is by Contact Tracing

Brains Misinformed By Republicans Shouldn't Get A Public Platform

The cognitive dissonance is great in this one.

Scott Walker, former Wisconsin governor and Milwaukee county executive who left both those posts in worse fiscal shape than he found them and the bozo that gave away billions to Foxconn, opines States mismanaged by Dems shouldn't get a bailout over pandemic.

Yes, like his dear leader Donald Trump, Walker believes that if you're not on his team - if you're a Democrat - your state shouldn't get help from the Federal government. Which is just what we all want in a leader, right? If you didn't vote for him/her, you're on your own.

Walker oddly cites Kevin Hassett as support for his rant, as if, by association, this bolsters his argument. Kevin Hassett, if you'll remember, is the same right-wing, know-nothing apparatchik that wrote Dow 36,000 - one of the worst and most laughable pieces of economic forecasting ever published.

This from the same guy that made Wisconsin a right-to-work state and gave away billions to a massive foreign corporation. Part of Walker's budgetary game-plan as governor were lay-offs and firings. It doesn't take a genius to cut programs and fire people to make budgetary numbers look better. It looks particularly worse when you turn around and take some of that money and give it to your cronies in the form of tax breaks and subsidies.

This is all typical Republican blathering. Talk about how much you care about workers and the little guy, and then turn around and give tax breaks, cut regulations and bend over backwards for big corporations and the wealthy.

Finally, if these Democratic ("blue") states are so mismanaged, why is it that these states are the ones subsidizing the Republican ("red") states? As an article from the Business Insider details, "Red States — the ones governed by folks who think government is too big and spending needs to be cut — are a net drain on the economy, taking in more federal spending than they pay out in federal taxes. They talk a good game, but stick Blue States with the bill."

As usual Scott Walker and the Republicans are just wrong. And, they are lying about their policies and the outcomes. They don't give a shit about workers, the little guy, small business, budgets, etc. They only care about themselves and power.
Posted by Ryan at Tuesday, May 12, 2020 No comments:

There is no anti-lockdown protest movement

Municipal Yields Rising
When Each U.S. State Is Reopening Its Economy

The Stock Market Is Not the Economy
Is the Unemployment Rate a Good Measure of People Currently Out of Work?

The Politics of The Pandemic
Miscalculation at Every Level Left U.S. Unequipped to Fight Coronavirus

Over 60,000 lives claimed by COVID-19 in U.S. — a tally some models predicted for late summer
If Americans were healthier, we could have been better prepared for this pandemic

The Wisconsin Supreme Court Hearing on Tuesday Was Compelling Theater of the Absurd
Posted by Ryan at Thursday, May 07, 2020 No comments:

The only area I have strong disagreement with is his recommendation to "Emphasize entrepreneurship on each campus. Entrepreneurs re-invent economies, which Wisconsin will need in the rebound from our deepening recession. Some campuses are well down this path."

Entrepreneurship, entrepreneurialism, etc. has been pushed ad nauseam over the past few decades. This serious-sounding talking-point has little supporting evidence. This idea that everyone is a business mogul and everyone should be investing and/or starting a new business or venture, is a big reason this country is so ill-informed, ill-prepared, has crumbling infrastructure, and has seen the environment continually degraded.

The UWM Center for Economic Development performed an exhaustive study debunking the myth of the entrepreneurial university. The Hechinger Report echoed similar findings in Think universities are making lots of money from inventions? Think again. Derek Lowe found similar results for his article Innovation, at Universities and in Industry. Two others whom have studied the issue extensively, Matthew Wisnioski and Lee Vinsel, have noted identical results, most recently in The Campus Innovation Myth.

The "entrepreneurialism" drum is one that we should have stopped pounding long ago.
Posted by Ryan at Thursday, May 07, 2020 No comments: