So I'm following along with the impeachment hearings and all the coverage surrounding it.

From this article, CNN’s Michael Smerconish: Fiona Hill might have given House Democrats everything they need on John Bolton’s views, the following quote jumped out at me:


Many proponents of impeaching President Donald Trump have been asserting that if House Democrats can get former National Security Adviser John Bolton to testify, it would be a major victory.

"If" they can get Bolton to testify?

When someone is subpoenaed, you can now choose whether or not to show up?

What kind of banana republic circus is going on here?


A subpoena (pronounced "suh-pee-nuh") is a request for the production of documents, or a request to appear in court or other legal proceeding. It is court-ordered command that essentially requires you to do something, such as testify or present information that may help support the facts that are at issue in a pending case. The term "subpoena" literally means "under penalty". A person who receives a subpoena but does not comply with its terms may be subject to civil or criminal penalties, such as fines, jail time, or both.

Whether you're the President, Vice President, National Security Advisor, the Secretary of Energy, whomever you are, if you're subpoenaed, YOU HAVE TO SHOW UP.

Maybe Adam Schiff and the Democrats are just being nice, figuring they can get all they need from the people who do show up. But Republicans have shut down the government for a lot less and they tried to impeach Bill Clinton over a blow-job. So part of me would just like to get assholes like Trump, Pence and Perry in the hot seat to see them sweat and squirm. Ya know, payback's a bitch, and shit like that.

'Majority of Americans Agree With Me and Bernie': Michael Moore Makes Powerful Case for Medicare for All on Post-Debate MSNBC Panel

Trump Is A Crook

And everyone making excuses for him (and/or defending him) is also a shameful, irresponsible criminal. 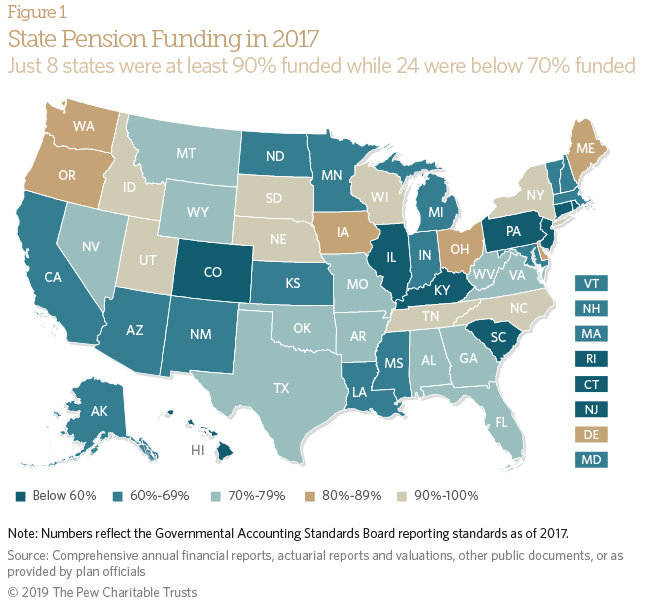 The Republican Agenda: Party Over Country

White House releases new Trump-Zelensky transcript revealing its initial call readout was all lies
'Witness Intimidation in Real-Time': Trump Tweets Attack on Yovanovitch During Public Impeachment Testimony
All of Robert Mueller’s indictments and plea deals in the Russia investigation
House Republicans in lockstep say they will not impeach Trump — despite all the evidence: ‘It does not matter’

Obama says that Americans are seeking “improvement” not “revolutionary” change

In general, this is true.  We don't need to blow everything up and start over.  But, as a good negotiating tactic, you start with everything and the kitchen sink and work your way back from there.  You don't start small because then you usually end up with nothing ... which seems to be the Democrats' plan for the last few decades.

Donald Trump pretended he was going to bring back coal mining jobs.  Republicans keep selling that tax cuts will trickle down.  These were all lies.  But voters believed them and voted for them.

So why shouldn't Democrats forcefully advocate for health care, clean water, a higher minimum wage, green jobs, etc.?  These are policies that will help the majority of citizens and actually create jobs.  These are the policies citizens want.  This isn't revolutionary change, this is the historical platform of the Democratic Party.

Democrats - enough with the baby steps.  Get a spine and fight for policies that will help the American people.  Voters are sick of the double-speak and goose-stepping.  They don't want the calm, practical status quo.  They want someone with principles to get shit done.  Enough of the middle-of-the-road, mealy-mouthed politicking.  Take a stand and get something done.
Posted by Ryan at Monday, November 18, 2019 No comments:

The U.S. Only Pretends To Have Free Markets
So We're Supposed To Treat Donald Trump With Respect, After All This? Oh, Hell No
Elizabeth Warren's Plan To Pay For Medicare-For-All, Explained
Elizabeth Warren Proves She Does Her Homework With Impressive Plan To Fund Medicare For All
Senator Warren's Answer On Taxes And Medicare For All Is Exactly Right
How Elizabeth Warren Can Address The Medicare For All Question
The Happy, Healthy Capitalists Of Switzerland
Upgrade The New Deal, Riemer Declares
Everyone Deserves Clean Water
For Elizabeth Warren, The Wealth Tax Is About More Than Money
United States Spend Ten Times More On Fossil Fuel Subsidies Than Education
Thousands Of Scientists Around The World Declared A Climate Emergency And Warned Of "Untold Suffering"
The Debate Over Whether The Very Rich Pay Lower Taxes Than You, Explained
Unions Are Pushing Members To Run For Office - And It's Paying Off
We Get It, Rich Guys Are Not Into Elizabeth Warren
If Corporations Are Being Run To Maximize Returns To Shareholders, Why Are Returns So Low?
Did Warren Pass The Medicare Test? I Think So
Only A Global Green New Deal Can Save The Planet
Never-Before-Seen Trump Tax Documents Show Major Inconsistencies
If You're So Smart, Why Aren't You Rich? Turns Out It's Just Chance
Posted by Ryan at Saturday, November 09, 2019 No comments:

It's Time For Real Change

Nancy Pelosi Is Worried 2020 Candidates Are on Wrong Track


Those liberal ideas that fire up the party’s base are a big loser when it comes to beating President Donald Trump.

Pelosi claims these are fringe, liberal, San Francisco, pipe-dream policies.  "What works in San Francisco does not necessarily work in Michigan,” Pelosi said.

Being a Midwesterner, I have to inform Pelosi she is way off.  In what has been referred to as the Rust Belt, deindustrialization has decimated many good paying jobs, left workers with less and less of a voice, and left many without decent health care or the hope of a stable retirement.

Most Midwesterners would be happy to see the playing field tilted in favor of workers rather than corporations and the rich.

As the article stated, "The speaker’s concerns reflect those of many Democratic leaders and donors who believe that left-wing policies will alienate swing voters and lead to defeat."

Translation - big moneyed donors like their power and wealth and they don't want to give any of either up.

Pelosi and the current Democratic leadership need to 'grow a pair' or get out the way.  We can't keep pushing climate change policies down the road; we can't keep taking from workers and giving to the already wealthy; all citizens deserve good health care; all citizens should be able to retire with dignity; we should all expect clear air and drinking water; our elections should be free, fair and representative.  If you don't have the spine or passion to fight for real change for the majority of Americans, you don't belong in politics.

Pelosi, Bill Clinton and the triangulation-gang got us to this point.  Always capitulating and cutting deals, slowly moving the Democratic party more and more to the right.  So much so, that the difference between the parties became almost indistinguishable.  Many former Democrats started voting for the Republicans - "Heck, they're not so different and the Republicans will cut taxes, so I might as well vote for them."

These triangulators made the Democratic party the Republican-light party.  Yet, we're supposed to let them keep driving the car?  These Pelosi Democrats are the ones who've been in power as wages have stagnated, unions have been destroyed, elections have been stolen and the standard of living for most working Americans has stagnated.  They have betrayed their Democratic base and the liberal policies that made this country great in the first place.

It's time for real change.  A new generation of Democratic leaders needs to take the wheel.
Posted by Ryan at Sunday, November 03, 2019 No comments:

The Dumbing Of America

This sure is Trump's America.

Reading Scores on National Exam Decline in Half the States
Posted by Ryan at Sunday, November 03, 2019 No comments:

The party that (supposedly) loves America, the military and veterans ... smears (again) an American military veteran.

Republicans smear a military combat veteran — because that's just what they do
Posted by Ryan at Sunday, November 03, 2019 No comments:

If You Have No Shame, Ethics Or Common Sense, There's A Place For You In The Republican Party

There is no such thing as climate change.

Liberals and diversity are responsible for natural disasters.

Or so says the Douche-Cabal.

You can't make this stuff up.

These losers are destroying American and the planet.

Person Of The Year

A no-brainer for this year's Person Of The Year.

TN County Official Goes Off On Homophobic Rant: 'We've Got A Queer Running For President'
Posted by Ryan at Sunday, November 03, 2019 No comments: