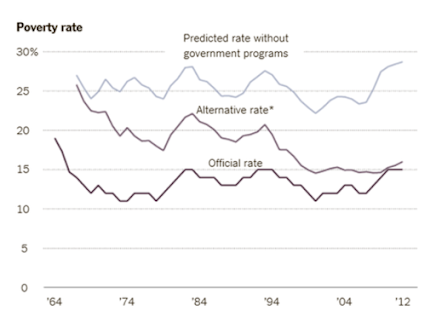 The Gadfly of American Plutocracy
How Compass Became the Bane of Real Estate
How One of the Reddest States Became the Nation’s Hottest Weed Market
Police Association Calls BLM Protesters ‘Terrorists’
Wisconsin Supreme Court upholds Biden's win, rejects Trump lawsuit
Senator Ron Johnson No Longer Has Constituents; He Has a Boss, a Don
The Election is Over. Wisconsin Turns to Redistricting.
Democrat asks Pelosi to refuse to seat lawmakers supporting Trump's election challenges
A new California bill would require a 4-year degree to become a cop
Violence flares in Washington as far-right Trump supporters clash with counter-protesters
Everything We’ve Learned About Modern Economic Theory Is Wrong
Posted by Ryan at Wednesday, December 23, 2020 No comments:

Biden Needs Some Business Experts
The article moans, "The new administration does not have a lot of chops when it comes to job creation. That’s largely in the domain of the private sector. Biden and his crew are loaded with experience in managing the government, but are extremely shallow in knowing what to do to help the private sector become vibrant again. Remember, all tax revenues come directly or indirectly from dynamism in the private sector. Most companies deserve to be revered for providing jobs and tax revenues, but that is not the mindset of the progressives in the Democratic Party. Their proclivity is regulation. Common sense regulation is a necessity in any economy, but more important is turning entrepreneurs loose to reinvent the economy. They are the job creators, not the government."
There is so much wrong here, it's hard to know where to begin. There are so many regurgitated conservative falsehoods in this right-wing word salad, it really does make the mind spin. For someone who can occasionally make reasonable sounding arguments, John Torinus, more often, just parrots typical Republican talking-points.
Biden has been working for the citizens his entire adult life. He's plenty familiar with job creation. Republicans are the party that has left this country in recession after recession over the past few decades. And, it has been the Democrats who enacted targeted policies to help pull the country out. Biden was Vice President during the Obama Administration, in case Mr. Torinus has forgotten that fact.
What did Obama and Biden do? There has not been a consistent job market expansion on record, dating back to 1939, that lasted longer than the expansion during their administration. Job growth was faster than population growth—a key measure of a healthy job market expansion. The typical weekly pay of U.S. workers has been increasing since early 2013 and re The ACA made it possible for more than 20 million individuals to afford health insurance and decreased the share of Americans without health insurance to an all-time low.ached its highest level on record, dating back to 1979, at the end of 2016. They inherited a deficit that claimed 9.8 percent of gross domestic product (GDP) in fiscal year 2009. By FY 2016, the deficit had fallen to less than one-third of that, at 3.2 percent of GDP.
Seems like they know something about job creation, reinventing the economy and helping the private sector be vibrant.
And this "dynamism in the private sector" and "turning entrepreneurs loose" are, as Joe Biden would say, a bunch of malarkey. This country has been cutting taxes and deregulating the past 40 years. If the private sector entrepreneurs are so damn dynamic, why does the economy keep falling back into recession when we allow Republicans control of the government?
It's long overdue for the private sector knows it all, government needs to get out of the way-gang to go away. The public sector employs over 20 millions people. The public sector accounts for nearly half of the entire economy. This idea, pushed by Republicans for decades, that government is inept and wasteful is wrong. If anything, the private sector is the wasteful and inefficient actor. Not to mention the fact that the private sector is also selfish and greedy.
Private retirement account fees are drastically higher than public pension fees or Social Security fees. Much of the medical advancements we see are due to university research and the National Institutes of Health. Study after study has shown that public infrastrucutre projects are cheaper when done by unionized public workers, rather than being bid out to private corporations.
So, please, Republicans, conservatives, dynamic private sector know-it-alls, please step aside and let the adults in the Democratic party save the country from your destructive and misguided ramblings once again.
Posted by Ryan at Saturday, December 12, 2020 No comments:

Robin Vos' plan puts politics ahead of health
One call for PPP loans — that's all Gruber, Irgens needed
Milton Friedman was wrong on the corporation
Beating Up on Finance
Trump Won State, GOP Legislators Declare
The Republican Party Is Now a Seditious Organization
Posted by Ryan at Saturday, December 12, 2020 No comments:

Skills To Pay The Bills

More proof there is no skills gap or skills shortage.

6 of the top 10 most in demand jobs in Wisconsin through 2026 require a high school diploma, or job-specific training, at most. 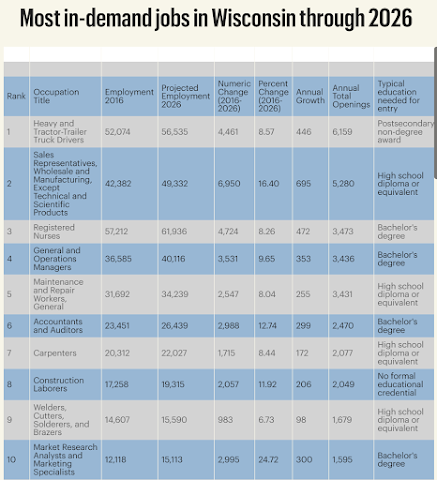 How Ronald Reagan’s Racism Helped Pave the Way for Donald Trump’s
Senate GOP confirms yet another 'not qualified' judicial nominee
In Case You Missed It, Reagan Was A Scumbag
Tony Evers releases $541M COVID-19 relief package but Republicans signal tough path
Home Prices Are In a Bubble. Full Stop.
Alito drops pretense of impartiality, delivers political remarks
Milwaukee paid $40M+ in police brutality cases
Ron Johnson More Trumpian Than Trump?
After NY Gov. Cuomo Accuses SC of Partisanship, Cardinal Dolan Hails Decision to Block COVID Church Restrictions
Supreme Court's scientifically illiterate decision will cost lives
The Wisconsin Legislature is a gerrymandered swamp run by self-serving Republicans
Documentary Wants You To ‘Slay the Dragon’ of Gerrymandering In Wisconsin
Republican Senator Faces Insider-Trading Accusations Ahead of Georgia Runoff
'Bye-Bye, Betsy DeVos. You Won't Be Missed,' Says Sanders as Billionaire Education Secretary Attacks Push for Tuition-Free College
Michael Flynn calls for Trump to suspend the constitution and declare martial law to re-run election
How Trump Took the Middle Class to the Cleaners
Iowa Is What Happens When Government Does Nothing
'In Breaking the Senate, We Are Abandoning Our People': Watch AOC Excoriate McConnell on House Floor
Baby boomers have an average of $25,812 of debt, not including mortgages—here’s how they compare to other generations 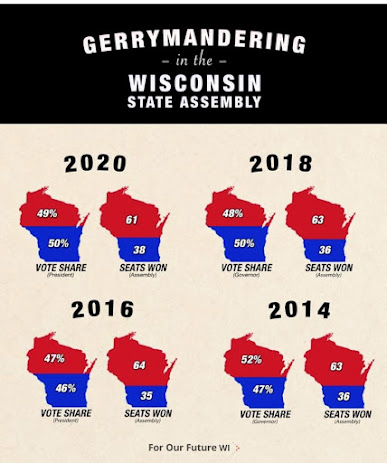