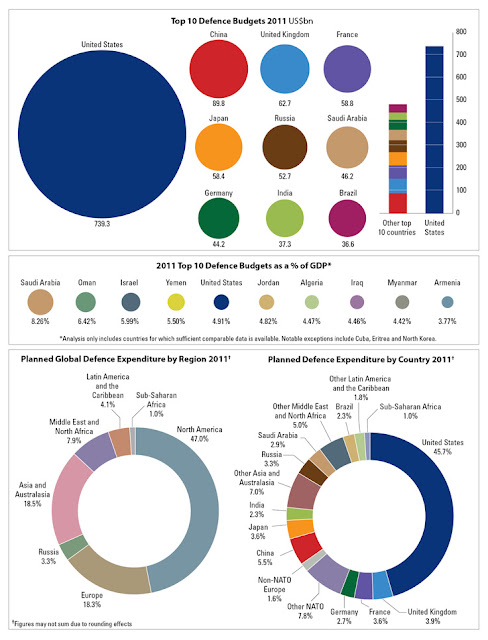 The Top 1% VS. The Average American

Walker's Dishonest (What Else Do You Expect?) Ad

Gov. Scott Walker Goes on the Air With Dishonest Ad

In a new ad, Wisconsin Gov. Scott Walker misleads the public about not only his assault on the working families of his state, but about his record on jobs. Walker's record has him in the middle of a massive recall effort that gathered significantly more signatures than needed from Wisconsinites fed up with his right-wing agenda. He said that his administration made "hard choices," without saying that one of those hard choices was his collective bargaining assault. And text on the screen says that he saved union jobs. He also leaves out the fact that his administration has the country's worst record on jobs since he came to office.

And even though he has unions that are willing to negotiate with him on his own terms, he's refused to work with them.

Not surprisingly, many public-sector unions in the state chose not to officially recertify or "negotiate" under these terms. Those that did recertify, are finding Walker unwilling to negotiate even under his own terms.
According to the Wisconsin State Journal, the Wisconsin State Attorney's Association and the Professional Education and Information Council both filed unfair labor practices complaints this week claiming that state officials have refused to negotiate or even meet with them.
Nancy Wetterson, vice-president of the Wisconsin State Attorney's Association said, "We didn't like Act 10, but we played by the rules, and our union was overwhelmingly elected, but now we have talked to them (several) times about beginning negotiations, and we have been met by silence." For its part, the administration says it cannot begin negotiating until it finalizes new rules calculating base pay.

Drilling Won't Do It 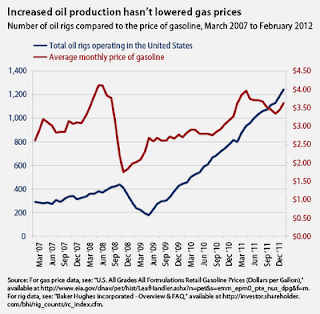 Soaring Domestic Production Has Failed To Ease Pain At The Pump
Posted by Ryan at Saturday, March 24, 2012 No comments:

Heard It Before
The Walker Wrecking Crew

Scott Walker: The Failure
Walker's Bogus Budget
There He Goes Again
If Not For 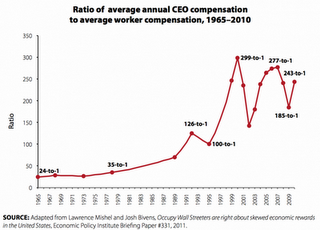 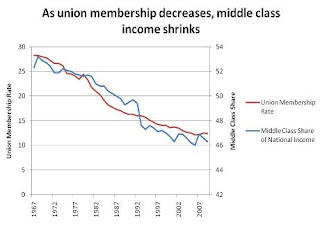 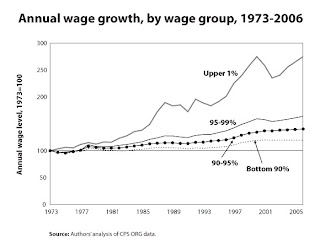 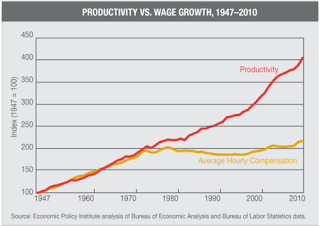 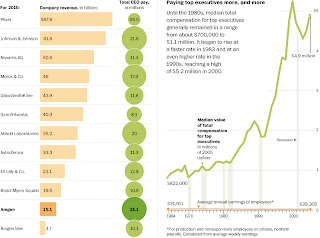 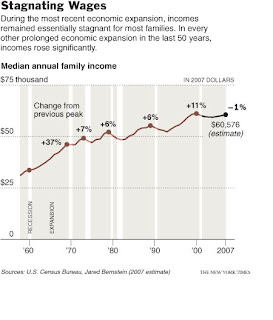 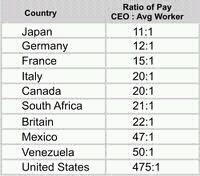 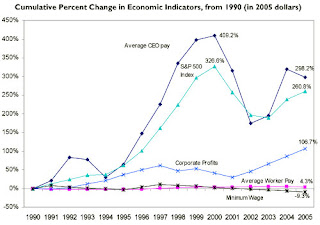 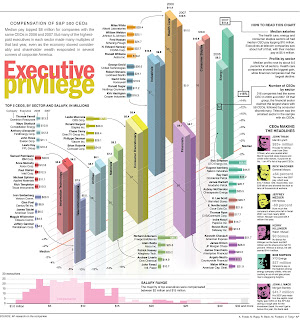 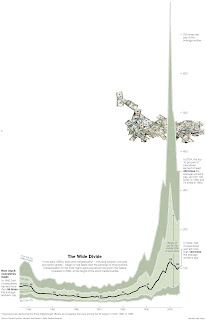 Where The Real Money Is Made

From the Democratic Party of Wisconsin: "After months spent decrying public school teachers, nurses and snow plow drivers as the 'haves' as justification for his assault on collective bargaining, Scott Walker on Monday night ridiculously suggested that his $144,423 salary isn’t 'real money.' Speaking at a March 12 forum hosted by right-wing radio host Charlie Sykes, Scott Walker stated that he didn’t want to lose the recall, not because he cares about his job as governor, but because his wife would like him to return to the private sector where he could 'make some real money.'"

So, "real" money is made in the private sector.

But didn't Scott Walker just spend the last year telling all of Wisconsin that the public sector (specifically, unions) was the cause of all our fiscal woes? Didn't he - and the Journal Sentinel, for that matter - harangue the [mythical] lavish benefits, cushy pensions, and excessive hourly pay of public workers? We were told the only way we could balance our budget was to clamp down on the excessive pay of those public sector Rockefellers.

And now Mr. Walker is telling us the "real" money is made in the private sector.

But seriously, I thought public worker pay needed to be shrunk to "bring it in line with the private sector." Now it sounds, though, that the public sector is, in fact, underpaid in comparison to the private sector. Which, as Scott Walker has explained, is where the "real" money is made.

There is no thought, conviction, nor morality behind anything Mr. Walker and his Republican ilk devise.

The Republican Party, of which Scott Walker has become a poster boy, has truly solidified their position as Mayberry Machiavellis. GOP operatives morph their policy positions to fit whoever is willing to fund their campaigns (textbook crony capitalism), whilst simultaneously accusing their opponents of being for whatever Republicans are against.

Yet another Scott Walker reform where the true conservative scheme position is, finally, revealed...and it is nothing like the original line they were selling.
Posted by Ryan at Thursday, March 15, 2012 No comments:

"Supply and demand is perhaps one of the most fundamental concepts of economics and it is the backbone of a market economy. Demand refers to how much (quantity) of a product or service is desired by buyers. The quantity demanded is the amount of a product people are willing to buy at a certain price; the relationship between price and quantity demanded is known as the demand relationship. Supply represents how much the market can offer. The quantity supplied refers to the amount of a certain good producers are willing to supply when receiving a certain price. The correlation between price and how much of a good or service is supplied to the market is known as the supply relationship. Price, therefore, is a reflection of supply and demand," according to Investopedia.

Oil, being a finite resource, is subject to supply and demand.

"What the commodity markets are telling us is that we’re living in a finite world, in which the rapid growth of emerging economies is placing pressure on limited supplies of raw materials, pushing up their prices. And America is, for the most part, just a bystander in this story," explained Paul Krugman. 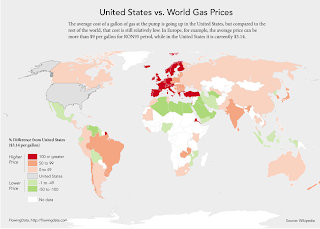 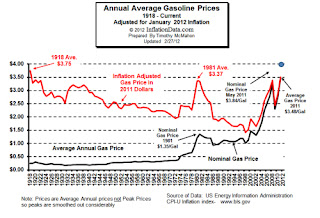 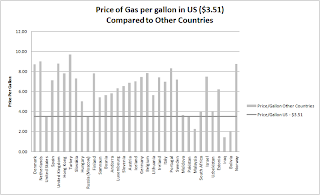 While the election season heats up, among endless platitudes about 'getting the economy going' and 'job creation,' let's all take a moment to reflect (sadly) on Scott Walker's return of $810 million in federal aid.

Nationally, even though we've seen 23 consecutive months of private sector job growth, Republican politicians and pundits are claiming the economy is performing poorly. In Wisconsin, where we rank poorly in comparison to the other states in job growth during the recovery, Scott Walker is claiming 'job creation' success based on a slightly declining unemployment rate.

Where would Wisconsin be right now had it taken advantage of $810 million in stimulus? Where would the unemployment rate be? Where would the employment population ratio be? What long-term effects would be incubating and growing due to the massive investment in our public transportation? How many businesses, jobs, and residents will Wisconsin miss out on due to this lack of needed investment during a crucial economic time?

An opportunity cost is "the cost of an alternative that must be forgone in order to pursue a certain action. Put another way, the benefits you could have received by taking an alternative action."

Had Wisconsin taken the alternative action of not electing Scott Walker, Wisconsin would have seen a billion more dollars worth of investment during our country's second worst economic downturn. In the current economic climate, this billion-dollar disappearing-act should eliminate any thoughts of Mr. Walker's ability to govern effectively.

Just one [more] alarmingly significant reason for Wisconsinites to vote against Walker whenever the recall occurs.
Posted by Ryan at Sunday, March 11, 2012 No comments:

The employment population ratio measures "the economy's ability to provide jobs for a growing population; its consistent cyclical properties and the relative accuracy of its seasonal adjustment make the ratio especially useful for evaluating demographic employment trends. It answers the question, 'What proportion of the working-age population is employed?'"

The Wisconsin governor draws attention to a declining unemployment rate. Which, in itself, is good. The problem it that the unemployment rate hasn't declined because of the policies of the governor. It has declined in spite of his policies. The unemployment figures of Wisconsin appear better due to slow population growth (16% in Wisconsin versus 24% nationwide, since 1990), more so than any significant job creation. 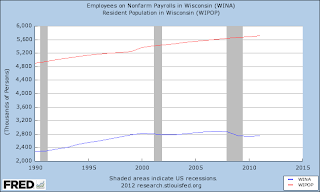 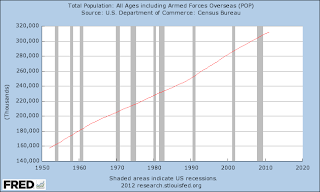 As Marc Levine describes, in a recent report, "..The unemployment rate is a less telling measure than it once was. It’s simply no longer the best barometer of the country’s economic health...' Others recommend looking to the 'employment-population' ratio for a 'truer picture' of labor market conditions ... Put simply, the employment-population ratio measures the percentage of the working-age population (or a subset of that population) that is employed. Its particular value as a labor market indicator is that it tells us, much better than the flawed, narrower unemployment rate, the extent to which the working age population in a community or among certain racial or ethnic groups is, in fact, working – which is, in the end, what we really want to know about the health of a labor market."

Or, as Paul Krugman states, "My current favorite measure of the labor market, the employment-population ratio of prime-age Americans — employment rather than unemployment so as to avoid distortion by people dropping out, prime-age to avoid demographic issues as the population ages."
Posted by Ryan at Sunday, March 11, 2012 No comments:

Regarding That Big Fat Idiot


Visit msnbc.com for breaking news, world news, and news about the economy
Posted by Ryan at Friday, March 09, 2012 No comments:

$207 Million For Suburban Freeway
Congress' Potential Faulty Tax Logic
"Ever Expanding" Government Illustrated (Part III)
Federal Judge Rules Ban Of Project Labor Agreements Unconstitutional
Richest 1% Account For Nearly All Of Recovery's Gains
Tax Code Not Aligned With Basic Principles
The Evolution Of Top Incomes In The U.S.
The History of Milwaukee & It's Government
The Wisconsin Uprising
Video Shows Walker Saying He Will Negotiate With Unions
Posted by Ryan at Monday, March 05, 2012 No comments:

Earning Your Income From Tips

What's The Matter With Kansas?

Go Work Somewhere Else If You Want Contraception
Posted by Ryan at Saturday, March 03, 2012 No comments:

Visit msnbc.com for breaking news, world news, and news about the economy
Posted by Ryan at Saturday, March 03, 2012 No comments: