Top Markets For Buying And Selling A Home

The top buyers' markets are... 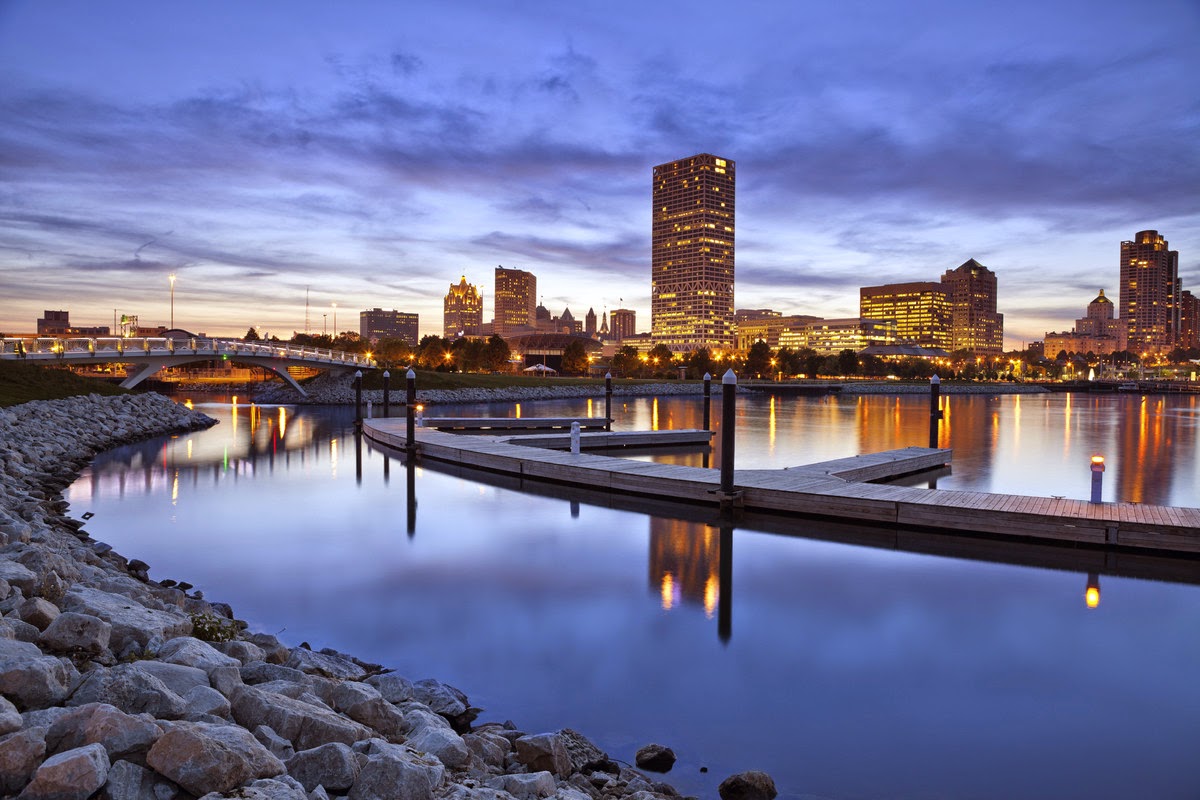 
A federal appeals court on Wednesday removed one barrier to restarting an investigation into possible illegal coordination between Wisconsin Gov. Scott Walker's campaign and more than two dozen conservative groups, a legal setback for the Republican who is locked in a tough re-election campaign. 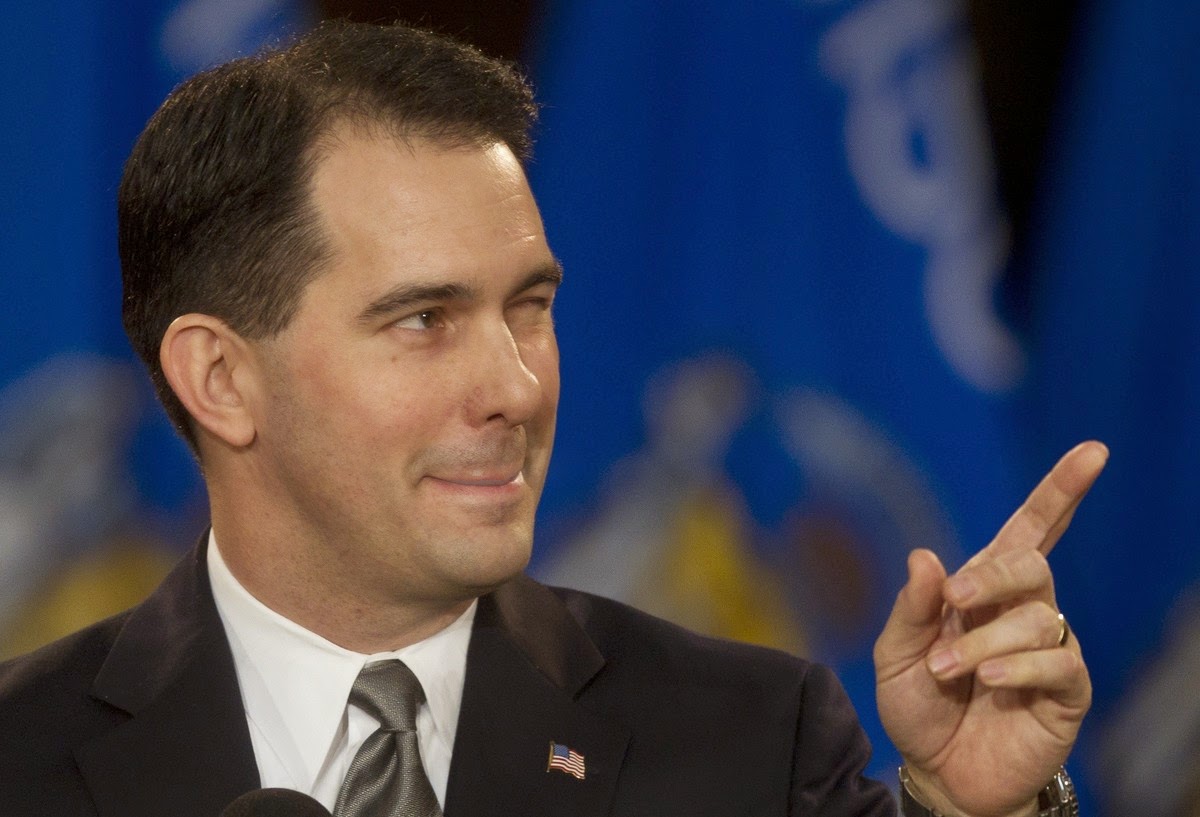 America Has More Low-Paying Jobs Than Any Other Developed Country

America Has More Low-Paying Jobs Than Any Other Developed Country 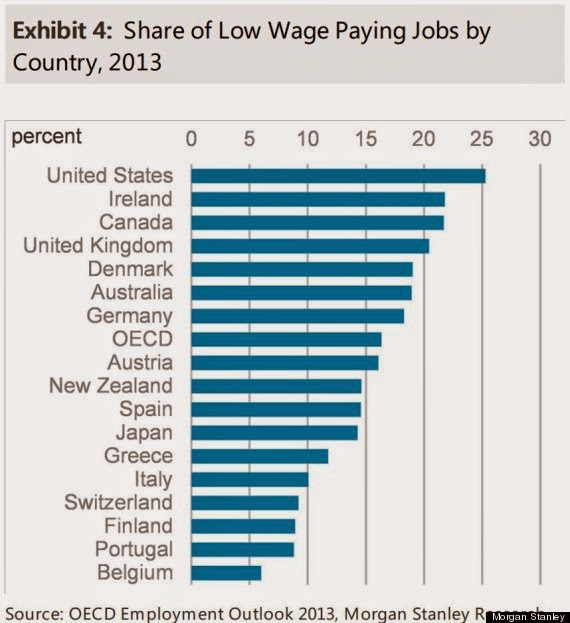 Blasts From The (Deceptive) Past: Scott Walker Edition

So confusing was the dog and pony show Walker created to take credit for someone else’s work, the media actually found themselves confused. Was Walker announcing 125 jobs in addition to the 125 the media knew the Doyle Administration had already created?

I wish I could say definitely why he never graduated – it is a closely guarded secret. I believe the general line of thinking – that Scott Walker was caught cheating.

Scott Walker’s History Exposes a Dark, Illegal Past Behind The Choir Boy Face

Walker attended Marquette from 1986 to 1990, but never attained a degree. His sophomore year, Walker ran for president of the Associated Students of Marquette University (ASMU, the former title for Marquette Student Government). He was accused of violating campaign guidelines on multiple occasions.

The Tribune reported then that he was found guilty of illegal campaigning two weeks before his candidacy became official. Later, a Walker campaign worker was seen placing brochures under doors at the YMCA. Door-to-door campaigning was strictly prohibited.

Walker initially denied this but later admitted to the violation, which resulted in lost campaign privileges at the YMCA.

The Most Segregated and Polarized Place in America

Milwaukee: The Most Segregated and Polarized Place in America

The most politically polarized place in the U.S. might not be in Washington, D.C., or the halls of Congress, but in Milwaukee. It’s already the most segregated city in the country in terms of race and poverty -- more than Atlanta, Chicago, Detroit or Los Angeles. Now, it’s become one of the most politically divided places as well.

It's understandable why the Walker campaign is grasping at straws and manufacturing gotcha moments. But why is the media running with it? (As usual, Journal Sentinel, I'm looking at you.)

Of course I'm referring to the latest dust-up - Wisconsin Republicans complaining because Mary Burke's job growth plan is similar/identical to other Democrats' plans.

If we dig into the Scott Walker playbook we'll see that major parts of it were written by ALEC, the Koch brothers, the Heritage Foundations, etc. And, similar language and prescriptions were used by numerous Republicans in the State and around the country.

The fact that Mary Burke wants the same things as other Democrats ... what is so strange/nefarious about that? Best practices that grow jobs in one part of the State or the country usually will have the same results elsewhere.

The Walker campaign is obviously feeling the pressure from Mary Burke. Walker's desperation and lack of any positive accomplishments of his own are leading his campaign to invent scandals.

The only real scandals are the broken promises of Scott Walker and how truly horrible he has been for Wisconsin. 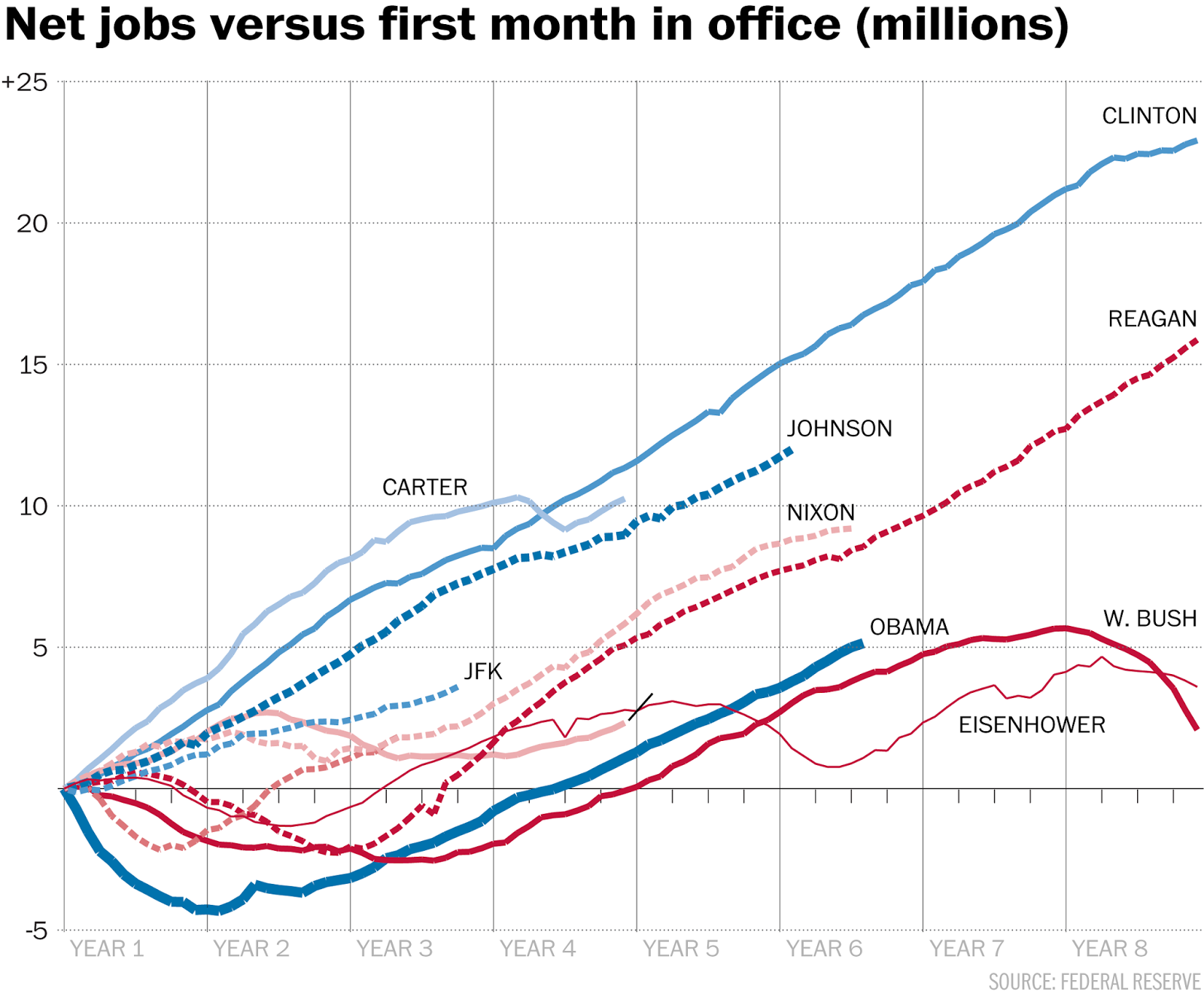 To vote under the law, people must show poll workers their driver's licenses, state ID cards, passports, limited types of student IDs, military IDs, naturalization certificates or IDs issued by a tribe based in Wisconsin.

There the Republicans go again ... solving problems that aren't there.

There is no voter identification/fraud issue in America. There has only been a handful of hucksters across the country who've perpetrated voting illegalities over the past decade. That's millions of votes with only a few bad apples. (And the majority of those bad apples were actually voting Republican.)

The demographics of the country are turning to the Democrats. The Republican "ideas" just aren't appealing to many voters. The only way the Republicans can win elections is through gerrymandering and voter suppression (one must have an ID, even if you've been voting at the same location for decades).

Even more curious, how many jobs does Scott Walker believe this policy will create?

For a guy who isn't even going to create half of the jobs he promised, focusing on an issue that has nothing to do with job creation seems odd.

But when your interest is not for the State or its citizens (or for democracy), when all the Republicans actually care about is winning elections and maintaining power, their policies are simply a means to an end for outcomes in their favor.

With such low voter-turnout in so many of our elections (is this the miracle democracy we keep trying to spread across the globe?), we should be trying to encourage more participation, not less.
Posted by Ryan at Sunday, September 14, 2014 No comments:

Few details were included on the new proposals, but advocates for the needy said the drug testing proposal for jobless and food stamp benefits would violate federal law — a complication that killed a similar proposal promoted by Republican lawmakers in 2011. Walker himself acknowledged the potential for conflict but said the move was still right for the state.

Since Scott Walker wants all those receiving public aid to be drug tested, I assume we will be testing the Brewers, the Bucks, Harley Davidson, the developers whom have received public aid for their private construction projects, and the numerous other private entities awarded public aid?

Or (in typical Republican fashion) does this only apply to the poor?
Posted by Ryan at Sunday, September 14, 2014 No comments:

Give taxpayers a better deal on Milwaukee Bucks arena

To break the logjam, here's a hybrid solution that does not require tax gimmicks or out-sized estimates of the public benefits of having a sports franchise: Let taxpayers be investors with a chance to gain, rather than be donors with a guaranteed financial loss. Offer them the opportunity to earn the same rate of return on their tax dollars as the private investors earn on their investment as the value of the franchise rises over time. Their share of the gains could easily be remitted back to the taxing authority and used for needed public purposes and/or tax cuts.

The current NBA business model separates the franchise investment from the arena investment. The franchise is an appreciating asset, as demonstrated by the recent huge increases in franchise sale prices. In contrast, the arena is a depreciating fixed asset, as demonstrated by the claimed worthlessness of the BMO Harris Bradley Center after only 26 years. Under the taxpayer-as-investor proposal, the taxpayers would share in any future capital gains in proportion to their investment in the total value of the enterprise.