A false equivalence, being repeated throughout the media, is that it's unfair to make some people, who make less than public workers, especially during these tough times, pay taxes for unionized compensation that is higher than certain taxpayers' own earnings. It's just not fair.
But what about private sector workers making more than public workers? An enormous amount of state and federal spending is corporate, private-sector welfare. Why shouldn't they have to sacrifice? As AIG, Citigroup, Lehman, et al, have shown us, they are on the public dole just as much as any public worker. Although, I'm not aware of any public worker seeing a million dollar bonus or compensation anywhere near that of the priviged, private-sector titans.
If we compare working class people with the highest-paid public sector workers, and then compared those same working class citizens with the highest-paid private workers, which would have the bigger discrepancy? It's not even close. The "well-paid" in the private sector have earnings that dwarf anything a public worker could dream of. 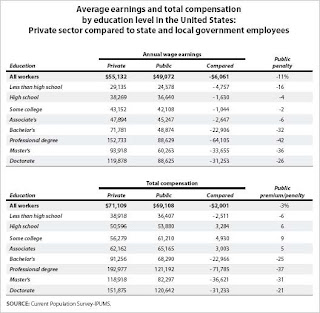 There are private CEOs in Wisconsin making more in a year than a unionized employee could make in a lifetime. But...somehow...that isn't unfair? Why aren't we asking to see some sacrifice from them? We seem to be fooling ourselves with the belief that the working- and middle-class have been living the high-life these past few decades. Everyday workers have not been the ones garnering the gains of the last quarter century. The "winners" have been the richest of the rich. The top percent of richest Americans has more wealth as the bottom 50 percent! We should also note that over 50% of the population earns less than $48,000 per year. Nearly 85% of Americans earn under $100,000 per year.
There are taxpayers without children, yet their taxes still fund schools. Some people don't own a car, but their taxes allow roads and plowing. Certain citizens never enjoy our park system, but they still pay for it. There are many things some of us may never, or rarely, use. Yet, we still pay taxes for them, because they are still very important to many businesses and citizens in our state, and therefore an important part of our economy, infrastructure, and future. 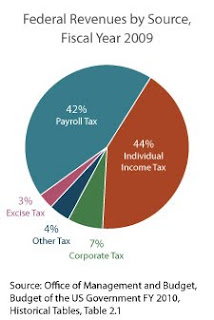 Another element that is being pushed aside (in this well-choreographed misdirection and attack on collective bargaining) in this discussion is the fact that public workers are providing us with a service. Public workers are actually doing work. They are providing services we all count on. Services we decided long ago were better provided through the public sector rather than a private, corporate, for-profit entity. Sewer, water, education, public works, police, fire, health services, transportation, public spaces, to name a few. 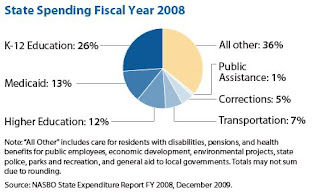 State and local government spending is one of the most stimulative expenditures/investments government can make. For every $1 invested in states and localities, $1.41 is returned. That's a very good bang for the buck. The idea that we are losing money through our investment in the public sector is totally false. We experience a net gain from such funding. A 41% return on your investment is excellent, in case you were wondering. 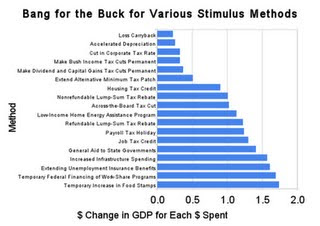 This is typical Republican politics. They protect the wealth of their campaign benefactors. And, they're rewarded handsomely for doing so. It's not about governing for these paid-for corporate shills. It's about entrenching wealth and power.
The Koch brothers (surely you've read something about them by now) have been big funders of Scott Walker's campaign and policy efforts. The Koch brothers have a serious business presence in Wisconsin, and therefore, a lucrative interest in our politics and policy. The brothers are, "Huge polluters, emitting thousands of pounds of toxic pollutants. As soon as he got into office Walker started cutting environmental regulations and appointed a Republican known for her disregard for environmental regulations to lead the Department of Natural Resources. In addition Walker has stated his opposition to clean energy job policies that might draw workers away from Koch-owned interests."
The nefarious activities of the private sector have multiplied over the last 40 years. As Chuck Collins said, "Everytime a politician complains that 'there is no money' or 'we must make these cuts,' we should be pointing to the corporate tax dodging that could immediately close our budget gap...They pretend their profits are earned in tax havens like the Grand Cayman Islands and their losses are earned in the U.S., lowering their tax bill."
As Robert Freeman reports, "Corporate profits are at an all-time high. But corporate taxes are among the lowest in the industrial world. Income inequality is at its highest level since 1917. Between 2000 and 2006, the two-thirds of all growth in the entire economy we to the top 1%."

"During the second world war, income tax receipts from corporations were 50% greater than from individuals. By the 1980s, individual income taxes regularly yielded four times more than taxes on corporations," explained Yves Smith. It should also be noted that during the period(1947 to 1973), the U.S. also experienced its greatest period of economic growth in the history of our country.
Following the advice of Rahm Emanuel ("Never waste a crisis"), the Republicans are manufacturing a "crisis" to rush through their crony policies. As Brian Beutler reminds us, "Democrats faced a shortfall twice as large ahead of the previous budget cycle and managed to close the gap." Why do we have another gap? It's the economy, stupid! It's not suddenly, after operating for decades, the fault of unions.
For Further Reading:
Corporate Welfare
The Great American Jobs Scam
Posted by Ryan at Thursday, February 24, 2011